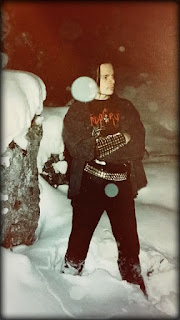 Throes of Dawn was a Finnish black metal band from Vaasa, Finland started in 1994. Today we are presenting to you their debut album from 1997, Pakkasherra. Released on Woodcut records, Pakkasherra was recorded in autumn of 1996 at Egotrip studios in Finland. From the look of it, this album seems to be the only metal album recorded there. Its quiet hard for me to explain what makes this album so different from the slew of finnish black metal released in the 90s, so my best advice is to listen for yourself. All I can say is that guitar player is one of the best in the genre. This album was not available in full on youtube, so I went ahead and uploaded it.

Here are some close ups of the CD courtesy of my good friend @MillenniumFantasy
https://www.instagram.com/millenniumfantasy/ 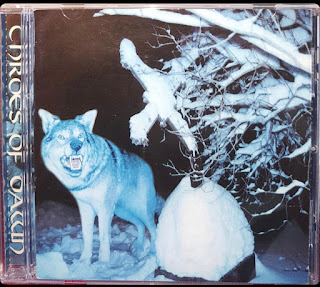 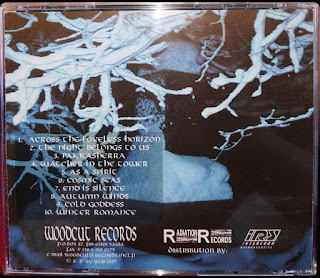 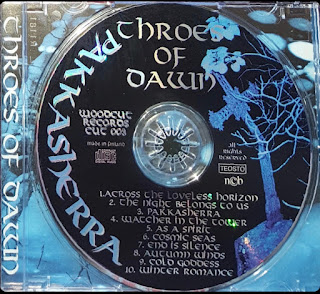 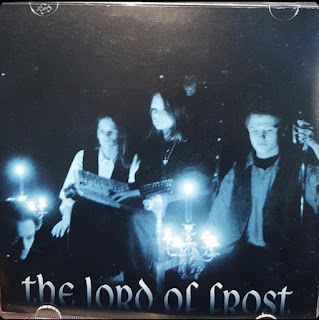 If you love the album (you will), buy it digitally from the label through bandcamp

at December 09, 2019 No comments:
Email ThisBlogThis!Share to TwitterShare to FacebookShare to Pinterest
Labels: Finnish black metal, Throes of Dawn 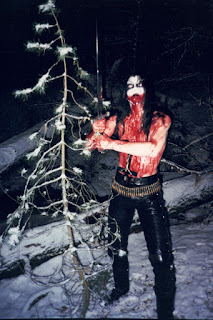 If you are here, you probably have been directed from our instagram. This site will act as a catch all for activities related to the @ArcaneArchivist instagram page. In the future we will post albums, interviews, zine scans and much more. Thanks to everyone who has supported A.A. thus far.

www.instagram.com/arcanearchivist
at December 09, 2019 No comments:
Email ThisBlogThis!Share to TwitterShare to FacebookShare to Pinterest
Newer Posts Home
Subscribe to: Posts (Atom)